No Widgets found in the Sidebar Alt!

Midway Motion & Fitness offers the only regulation racquetball courts within a 50-mile radius.  Due to demand for our racquetball courts, please reserve your desired time at the front desk, or call the club ahead of time. We strongly recommend that all players wear approved eye protection! For basic racquetball and wallyball rules, read below. All Midway Members have complete FREE access to our racquetball courts and guests may gain access for a $15 fee – mixing up your workout with a bit of competitive edge and downright fun. 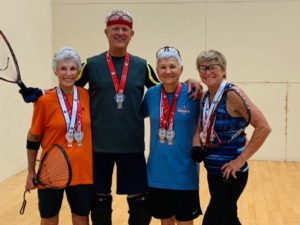 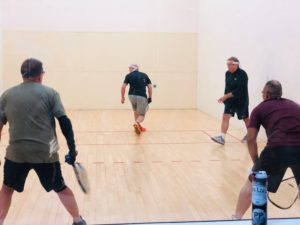 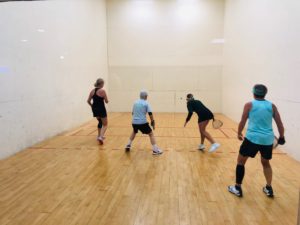 American handball, known as handball in the United States, is a sport in which players use their hands to hit a small rubber ball against a wall such that their opponent cannot do the same without the ball touching the ground twice. The three versions are four-wall, three-wall and one-wall. Each version can be played either by two players (singles), three players (cutthroat) or four players (doubles), but in official tournaments, singles and doubles are the only versions played.